Here is a simple little matlab demo script of how to count items using the command sparse. Counting the occurrences of items is a frequently performed task in vision and not many people know that sparse can do this. Remember, if you're going to be a matlab jedi do not write for loops:


I am using github's gists to embed this code in style. Github lets me choose the language, highlights the syntax accordingly, and the snippet is its own repository!
Posted by Tomasz Malisiewicz at Friday, March 25, 2011 No comments: 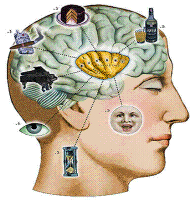 This year there are lots of new papers from Kristen Grauman's Computer Vision Group at UT-Austin, to be presented at CVPR 2011.  There are lots of them, but not abstracts/PDFS yet.  Here is a melange of pictures to entice us..

On another note, Antonio Torralba has a CVPR 2011 paper with Ruslan Salakhutdinov (Hinton's ex-PhD student) and Josh Tenenbaum, but I'll post info and pics after I get to read the paper.

While git lets me easily share my private research code with my colleagues at CMU (much easier than svn), github lets me 'publish' it online in style.  This is not the kind of sharing that most researchers do -- most researchers I know just put a tarball online.  I've started playing around with github, and I'm really excited about using it for my own Computer Vision project.

I think sharing research code in a high-quality environment is necessary if we want to push the boundaries of machine intelligence in a team-like fashion.  I think good papers and good code make good research, and while lots of care goes into high quality publications in the field, very few high-quality object recognition programs are published online "well".  I think having forums, version control, wikis, etc is important if one wants a project to stand the test-of-time.  I think github is the way to go if you're going to share your code online.
Posted by Tomasz Malisiewicz at Wednesday, March 23, 2011 No comments: 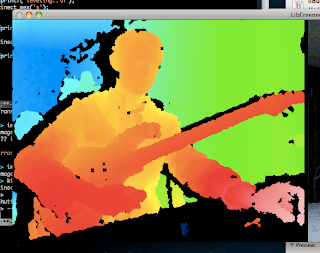 Kinect plugged into my Macbook Air.
Posted by Tomasz Malisiewicz at Tuesday, March 15, 2011 No comments: