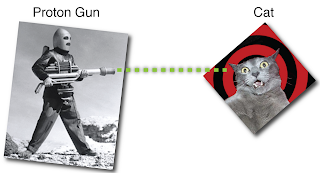 In conclusion, if you find popular culture reference more palatable than my philosophical pseudo-science mumbo-jumbo, then let me leave you with two inspirational quotes.  First, let's not forget Pink Floyd's lyrics which argued against the rigidity of formal education: "We don't need no education, We don't need no thought control." And the second, a misunderstood, yet witty aphorism which comes to us from Dr. Timothy Leary reminds us that there is a time for education and there is a time for reflection.  In his own words:  "Turn on, tune in, drop out."
Posted by Tomasz Malisiewicz at Thursday, March 08, 2012 17 comments: