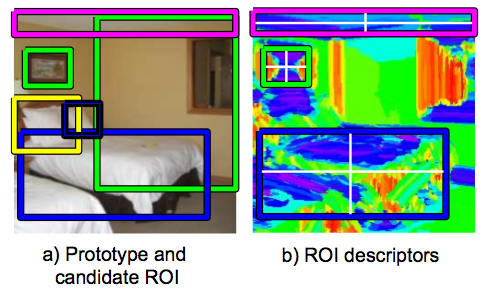 Although the authors report results on the image categorization task it is worthwhile to ask if scene prototypes could be used for object localization. While it is easy to be the evil genius and devise an image that is unique enough such that it doesn't conform to any notion of a prototype, I wouldn't be surprised if 80% of the images we encounter on the internet conform to a few hundred scene prototypes. Of course the problem of learning such prototypes from data without prototype-labeling (which requires expert vision knowledge) is still open. Overall, I like the direction and ideas contained in this research paper and I'm looking forward to see how these ideas develop.
Posted by Tomasz Malisiewicz at Monday, October 19, 2009