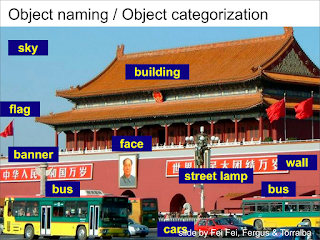 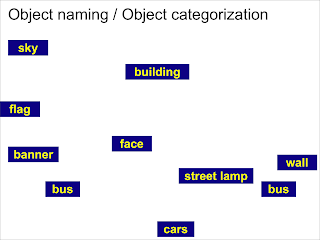 I have to give two thumbs up to this article for pointing out the flaws in the current way computer vision scientists go about tackling vision problems (in other words researchers too often blindly work inside the current computer vision paradigm and do not often enough question fundamental assumptions which can help new paradigms arise). Many similar concerns regarding Computer Vision I have already pointed out on this blog, and it is reassuring to find others point to similar paradigmatic weaknesses. Such insights need to somehow leave the Philosophy/Psychology literature and make a long lasting impact in the CVPR/NIPS/ICCV/ECCV/ICML communities. The problem is that too many researchers/hackers actually building vision systems and teaching Computer Vision courses have no clue who Wittgenstein is and that they can gain invaluabe insights from Philosophy and Psychology alike. Computer Vision is simply not lacking computational methods, it is gaining critical insights that cannot be found inside an Emacs buffer. In order to advance the field, one needs to: read, write, philosophize, as well as mathematize, exercise, diversify, be a hacker, be a speaker, be one with the terminal, be one with prose, be a teacher, always a student, a master of all trades; or simply put, be a Computer Vision Jedi.
Posted by Tomasz Malisiewicz at Tuesday, June 16, 2009