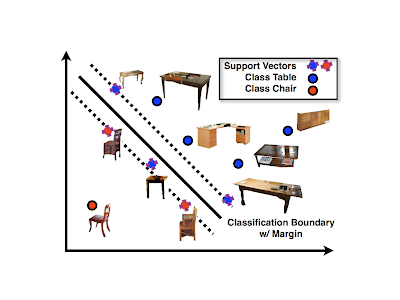 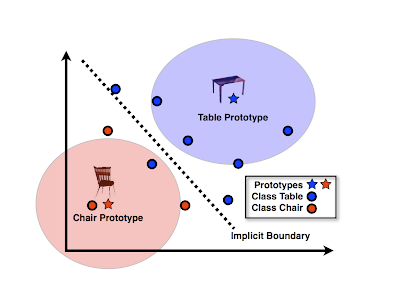 In other words, Prototype Methods are best and what they were designed to do in categorization, namely capture Typicality Effects (see Rosch). It would be interesting to come up with more applications where handing Typicality Effects and grading membership becomes more important than making close-call classification decision. I suspect that in many real-world information retrieval applications (where high precision is required and low recall tolerated) going beyond boundary-based techniques is the right thing to do.
Posted by Tomasz Malisiewicz at Friday, June 19, 2009